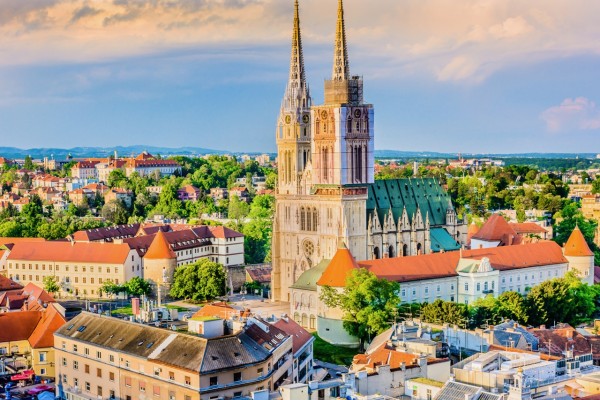 Tourist visitors to Zagreb have exploded over the last few years as interest in this fabulous city has grown with its wonderful Advent in Zagreb Christmas markets, relaxed vibe and cool culture. As such Zagreb Airport is seeing significantly more traffic and the demand to get from Zagreb Airport to Zagreb has increased.

How to get from Zagreb Airport to Zagreb

Getting to Zagreb airport has never been easier with significantly more international connections from Europe and beyond but then the question is what are your Zagreb Airport to Zagreb transport options? Fortunately, we have dug up all the Zagreb Transfer information for you.

Zagreb Airport or Franjo Tudman Airport is Croatia’s largest and busiest airport and is located just 15km from the heart of Zagreb’s Ban Jelacic Square meaning its only a short drive from Zagreb Airport to Zagreb. Being the largest airport in Croatia, Zagreb Airport also has the most number of international and domestic flights and is also the base for Croatia Airlines the national airline carrier.

From the Airport, you have 2 options depending on where you are heading.

This shuttle bus runs from the airport to the Zagreb main bus station every 30 minutes and costs 35 HRK. If you are headed to another city from Zagreb, then perhaps this is a good option for you.

There is a Zagreb Airport bus (ZET 290) that runs from the airport to Kvaternik Square and takes a 19km route with 16 stops along the way. It departs every 35-40 minutes from the airport and the journey is about 1 hour and 15 mins. A one-way ticket is 10HRK and is a great option for the budget traveller.

There are taxis available at Zagreb Airport for those that prefer taxi services. All the major companies are represented with a mish-mash of cars and drivers. Prices can vary from 150-300 Kuna depending on whether the driver is trying to get one over on you. There can sometimes be delays in waiting for a taxi as flights arrive at the same time and you get a huge number of people needing a taxi at the same time. We would recommend that you book in advance to avoid waiting around. It must be noted that for the same price as a taxi in Zagreb you can get a private transfer from Zagreb Airport which is a much better service in a much better vehicle.